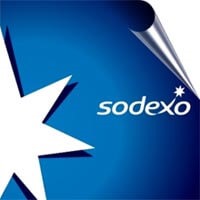 Coupons have become an integral part of our lives. Whether it is online shopping or Starbucks we are all looking for coupons.

Coupons have many benefits like they are cheap and you get a better deal. So we look out of every opportunity that can reward us with a coupon or coupon code.

However, in this post, we will talk about coupons but a different kind. It is different than Amazon or eBay coupons.

I am talking about Sodexo coupons. You might have heard of Sodexo as it is a French company that is into giving coupons to employees.

We will look at what Sodexo Coupons is and how does it work then where and how you can get it and finally is it really worth it or there is too much dust in the air.

What are Sodexo Coupons?

These coupons are distributed, managed and processed solely by Sodexo Inc.

If come down to Sodexo Meal pass or coupon then in India it is authorized by Reserve Bank of India so that it can be issued by your organization in order to purchase grocery, eat meal and non alcoholic beverages from anyone of Sodexo affiliated outlets.

So you need to find out those grocery stores or outlets which will offer you food and drinks when you given them Sodexo coupons.

How Does Sodexo Works?

Before you ask questions like where do I get Sodexo coupons or how do I use it or what are the benefits, you need to know how the company benefits from all of this.

It is because there has to be some reason why are they giving these coupons to people around the world. Off Course! Sodexo is over $20 Billion Company so they do make profit from somewhere.

Well! To put it simply everyone is a winner here? Basically there are 3 parties here first one is Sodexo itself, second is the outlet you are going to redeem your coupons at and third party is you.

When you get your coupon from your employer and redeem it by going to a restaurant or shop then owner of that shop or restaurant gives that coupon back to Sodexo.

Sodexo gives the owner cash after holding a commission of 5% to 7% for themselves.

Hence, all the three are beneficiary.

Sodexo earns through commission, the owner of the restaurant earns because he is getting business in the form of coupon users like you and you benefit through tax rebate which we discuss later in the article.

Why Sodexo Coupons Only?

Well Sodexo has many advantages as we are going to talk in coming paragraphs.

But for how you need to know Sodexo is very popular company and almost every big eatery or restaurant accepts their coupon.

Sodexo’s reach is far beyond your imagination as it has presence across 1400 cities in India.

You need to go to Zomato website and find out which restaurants allow and which do not.

Therefore apart from tax break Sedoxo coupons come with many other advantages.

Where to Get Sodexo Coupons and How do You Use it?

Usually Sodexo coupons are given by companies or organizations where you work. Like one of  my friend works for a MNC company in Bangalore and they used to provide employees with Sedexo coupons to buy food every month.

Companies buy these coupons from Sedexo in order to give their employees so that they avail tax rebate.

Now how do you use it?

You need to have your signature on the coupon only then you can redeem it.

Are Sodexo Coupon Good for you?

The first big advantage of Sodexo coupon is employees can avail a tax rebate. There is an upper limit that qualifies for tax rebate in India it is Rs 2000/-.

Most of the IT companies give you Sodexo coupons of worth Rs 2000 and you save over Rs 600/- per month in taxes.

Moreover there is convenience using Sodexo coupons as they are accepted in over 1300+ outlets across India.

Every major store accepts it. You can also use it online like Big Basket, Zop Now they all accept Sodexo Coupons.

Are there some disadvantages with Sodexo coupons? The answer is yes.

Do you use Sodexo coupons? If you have experience & know something which is not covered here, share it with others.