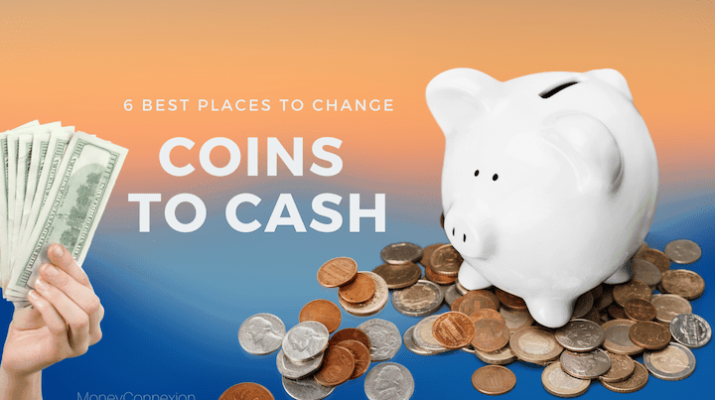 Ever been asked to keep the change? You should. Because Americans are losing $62 billion or more every year by losing those dimes and nickels and dumping coins as trash says Bloomberg.

In simple terms, it would mean every American is tossing average $166.67 in drains and trashcans every year.

Covanta Holding Corp, a solid waste recycling and management company says this. Covanta bases the $62 billion figure on the number of 25 cents coins found in every ton of trash and about 250 million tons of garbage that ends up in landfills every year.

The company finds assorted coins in garbage, including pennies, quarters and dollars, says a Covanta spokesman.

Further, Transportation Security Administration (TSA) says it collected over $675,000 spare change abandoned by passengers in 2014- or five years ago.

TSA allows people to claim the change for a fixed period. If nobody claims, the money goes towards paying for security operations, the agency states.

It is most likely these figures are a mere fraction of how much money Americans throw away in small change. It would be impossible to even estimate the exact value of coins that land in trash or drains.

Now consider another scenario. What if you are to buy a coin jar or a good old piggy bank to collect these dimes and nickels? Or simply make one at home?

Definitely, these coins will add up to a neat sum of money within a year.

Unfortunately, the problem doesn’t end here. Who would accept a large amount of unsorted, assorted coins?

Just in case you didn’t know- there are ways and means to exchange these coins for cash.

Where can i change my coins for cash for free

Getting cash for coins isn’t that easy nowadays. Coin counting machines are redundant and seldom used by most banks and credit unions, thanks to widespread use of electronic transactions.

However, there are some tweaks that allow you to get currency notes or a credit in your bank account with nickels and dimes in your coin jar.

Coinstar is your best bet to get cash for coins. However, check their rates: they charge about 12 percent fee on your total coins. This translates as $12 for every $100 you convert from coins to cash.

Coinstar machines and kiosks are located at most major stores and other public places.

You can also empty your coin jar in exchange of shopping vouchers from Amazon, Walmart, Target, Starbucks and other sellers. Coinstar doesn’t charge a fee if you go for these vouchers that can pay for in-store and online shopping.

Quite likely you’ve never heard of such days. They are held by banks and credit unions across America occasionally. Such events are held to encourage kids and unbanked people to open a bank account.

Check whether there’s such an event nearby and attend with your coin jar. Usually, banks will utilize a coin counting machine during the event, which solves your problem.

However, you may have to open a savings or other account with the bank or credit union, which is quite fair. This account comes handy while exchanging those coins for hard cash in your account.

However, you’d definitely come across a bank or credit union that does accept coins and have counting machines. They might charge a small fee for changing coins to currency cash, if you aren’t their customer.

And if you bank with them, get the money credited to your account. Doing so can help avoid the service fee.

Furthermore, some banks now compete with Coinstar. They now offer you Amazon, Walmart, Starbucks, Target and other shopping vouchers if you don’t ask for cash. And they don’t charge the fee either.

In most cases, you’d have to sort and roll these coins. Some banks offer coin wrappers free. If not, you can buy some from your neighbourhood stationery shop or supermarket.

This is not a rule but a few local stores and gasoline stations might agree to convert your coins to cash for free. If they need the coins to dispense change to buyers, that is.

These outlets will accept only a small amount- say $50 to $100 at best. If you are emptying out a coin jar regularly, this might prove an excellent option.

At some locations, Walmart, Kohl’s, Target and other major stores also accept coins only payment for your purchases. Here you wouldn’t have to pay a fee. Check with the local branch of these megastores if they offer the service.

Some larger banks do allow you to deposit coins in your account, provided they are sorted and rolled. They will not charge a fee provided they don’t have to exchange it for cash.

Other banks can charge fees if you aren’t their customer. Fees can vary but would usually be around 10 percent to 12 percent of the total coin value.

Should you have several coins or more than one coin jar, I recommend you get kids or friends to sort and roll them up before approaching a bank.

You can’t get cash for coins by handing them over to a church or charity. It would be a donation. However, emptying out your coin jar for a church or charity does help save cash. You can get a tax deduction for your donation, which saves some money.

Local churches, orphanages and animal shelters will also accept coin donations. Often it makes sense to give away these coins for some worthy cause. Use this option only if you do not require the cash.

The problem of dumping or abandoning coins began after US Mint stopped buying them back after lots of fake coins were detected. Hence, there’s countless coins circulating across USA. Rather than trashing your coins, it makes great sense to convert them as cash or donate for a good cause.